Erectile dysfunction, also known as ED or impotence, is a very common problem among men. It has been estimated that ED affects about 40% of 40 year old men and about 70% of 70 year old men. It is estimated that complete impotence affects 5% of 40 year old men and 15% of 70 year old men. Most men are embarrassed to bring up the subject to their Doctor. It is even more difficult to make an appointment. Most receptionists are women so men frequently make an appointment for a different medical problem only to want to talk about ED. Often times the office has not set aside enough time to discuss the problem in full because of the inaccurate reason given when making the appointment. These medical receptionists do not require a detailed description of the problem. Just tell them you would like to discuss ED and then there will be enough time set aside for your real problem.

Getting an erection is a complex system of events. There is no one cause of ED. In fact, it is usually several factors taking place all at once. It is easiest to use the analogy of a mechanical system involving an operator, a computer, a pump, pipes, hydraulic fluid and an electrical circuit. For this system to work properly, each of the individual components has to work. Just one component not working defeats the whole system. For example, it the electricity is off, no action. The same is true of the pump or any other component.

Now let’s talk about the anatomical equivalents of this mechanical system.
You are the Operator = you + libido + testosterone + testicles + sex drive

If any of the above anatomical components malfunction, the result is Erectile dysfunction (or ED).

The brain is susceptible to stress which leads to performance anxiety and loss of erection. Medications affecting the hormones produced in the brain may have the same effect.

The nervous system is composed of the brain and the nerves. Damage to the nerves as occurs with diabetes, is a common cause of ED. Reversible causes include medications affecting the nerves ability to function normally. Most of these drugs are for more serious psychiatric disorders.

Arteries are the source of the increased blood flow into the penis resulting in an erection. If there is a decrease in flow, as occurs with atherosclerosis or hardening of the arteries, then the penis is unable to fill with blood, resulting in either partial erection or no erection at all. If a patient has a history of coronary artery disease, peripheral vascular disease or carotid disease there is an increased chance of blockage of the penile arteries. Smoking cessation, good diabetes control, control of cholesterol, and weight loss are the most common patient-controllable ways to avoid of atherosclerotic vascular disease.

If you continue to use the analogy of flow in pipes, the penile arteries the smallest of the pipes. If you were to compare a ¼ inch copper pipe to a ½ copper pipe and put a 1/8 inch layer of corrosion in each, then the ¼ pipe would be nearly blocked and the ½ inch pipe would be decease to a ¼ inch luminal size (or internal diameter) size.

The heart is the pump within this mechanical system. An increase in heart rate usually increases cardiac output of blood during the initial excitement phase of erection. If any medical condition slows the heart rate or if congestive heart failure weakens the pump, there will be a change in the ability to get and maintain an erection.

Testosterone is the male hormone responsible for puberty, onset of secondary sexual characteristics such as hair growth, voice change and increase in libido. A decline in testosterone occurs naturally as men age. The problem becomes one of defining the age at which testosterone decreases. Just as women go through menopause anywhere between 40 and 55 years of age, men too have a wide range of years at which time the testosterone might be low. I have found 27 year olds with very low testosterone levels and 75-80 year old men with very high testosterone levels. Anabolic Steroid use, as is common in body builders and athletes, causes the testes to essentially quit functioning. If usage of steroids stop, the testes may resume normal output of testosterone if the period of usage was short, but most of the time the testes do not resume normal function. The loss of one testicle on childhood rarely causes low testosterone. The loss of a testicle usually occurs with mumps orchitis, resulting in one testis being small, undescended testis or childhood hernia surgery. Common medications such as Tagamet (Cimetadine) have been found to suppress testosterone production. Weight gain and loss can temporarily cause changes in testosterone levels.

Medications, such as beta blockers, are typically used after heart attacks to control your heart rate. This rate control decreases cardiac output and may be associated with ED. Do not stop your beta blocker without your cardiologist’s permission. If you are on a beta blocker for blood pressure control, speak to you primary care physician (PCP) about changing you medication.

The primary treatment of ED has become oral medications such as Viagra, Levitra, and Cialis. While these work well for most men, they do have side effects such as headache, indigestion, muscle pain, flushing of the skin, and temporary blue vision as well as a very small risk of blindness and hearing loss. In addition, their costs are usually not covered by insurance and range in price from $20 to $28 per pill. It is better to look at the whole system and try to optimize each component.

Men that stop smoking will see an improvement in erections in as little as 2-3 months after smoking cessation. Men that exercise, lose weight, and change their life style see improvement as well. Weight loss results in better hypertension control, a decrease in diabetes risks, and in the loss of adipose tissue resulting in improved erections. Fat cells actually produce estrogen that counteracts the testosterone. Switching from cimetidine to other indigestion or reflux medications usually results in normalization of testosterone levels. Asking your doctors to work together to adjust or switch any medications affecting ED is also effective.

If you have stopped smoking, maximized your diabetes control, lost weight, and adjusted your medications and still have ED, then it is time to try oral medications such as Viagra. This is not the only class of medications available. It is, however, the cheapest and easiest route to improvement. If these medications fail, options include evaluation of your hormone levels of testosterone, thyroid, prolactin, FSH, and LH and occasionally checking your cortisol levels.

If no problem is found or if the testosterone is replaced and you still have problems, other options still exist.
Muse is a urethral suppository inserted about ½ inch down the urethra and is absorbed into the penis stimulating an erection. The active ingredient is prostaglandin E1. Dosage ranges from a 250mg to 500mg to 1,000mg suppository. The size of this suppository is about 1/16 inch in diameter by 1/4 inch in length.

Intracorporeal injection is the direct injection of a vasoactive medication directly into the side of the penis. This is done by inserting a small, diabetic type needle directly into the side of the penis. Brand names include Caverject and Edex. Both are alprostadil or prostaglandin E1. Mixing pharmacies make combinations of a 3-drug mix containing phentolamine, papaverine and prostaglandin E1 called Trimix. This combination may be effective if other medications do not work for you.

Vacuum devices have been available for decades. While they do produce a partial erection adequate for penetration, they are far from normal erections. Do not waste your money on one until you have fully discussed this with your doctor. The cylinder is placed over the penis, then a vacuum pump removes the air from the cylinder. The vacuum causes the penis to fill with blood. A rubber band like device is deployed off of the cylinder onto the penis and stops blood loss from the penis. The problem with this is that the penis rapidly becomes cold and blue. The penis is anchored well beyond the rubber band posteriorly, and this results in a floppy erection. 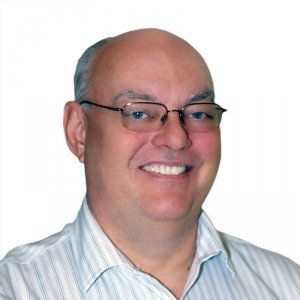